Tips to get back into running shape after a winter layoff 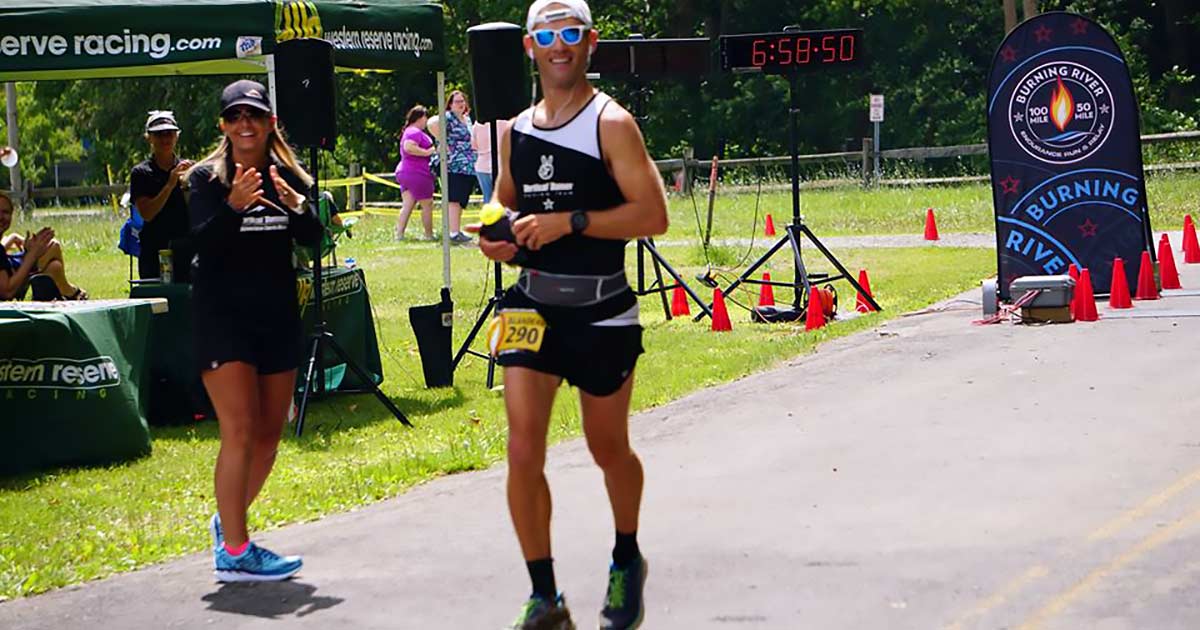 By Aaron Dorksen – 3G Cardio Fitness Editor
Throughout large sections of the country, a familiar site is happening this March at specialty fitness stores like Vertical Runner in Wooster, Ohio. Runners are coming into specialty running stores excited about warmer days soon to come and looking to buy gear. Many of those running enthusiasts are also trying to come up with a gameplan to shake off the winter rust, or in some cases a long hibernation from running and hoping to get back into running shape.

“We’re running into that constantly,” said Brian Polen, the Vertical Runner co-owner along with his wife, Tammy. “People who we haven’t seen since last summer are now coming back into the store and saying they really want to get back into it.”

Polen and his staff not only have one of the most popular running stores in northern Ohio, they are among the most knowledgeable about the sport.

In addition to owning Vertical Runner, Polen is race director of the Akron Marathon. He has run in hundreds of races, ranging from 5Ks, to the Boston Marathon and even 24-hour ultra-endurance events.

So what advice does Polen have for people trying to get back into running shape this spring? Here are some great tips to enjoy a fun, healthy spring season. 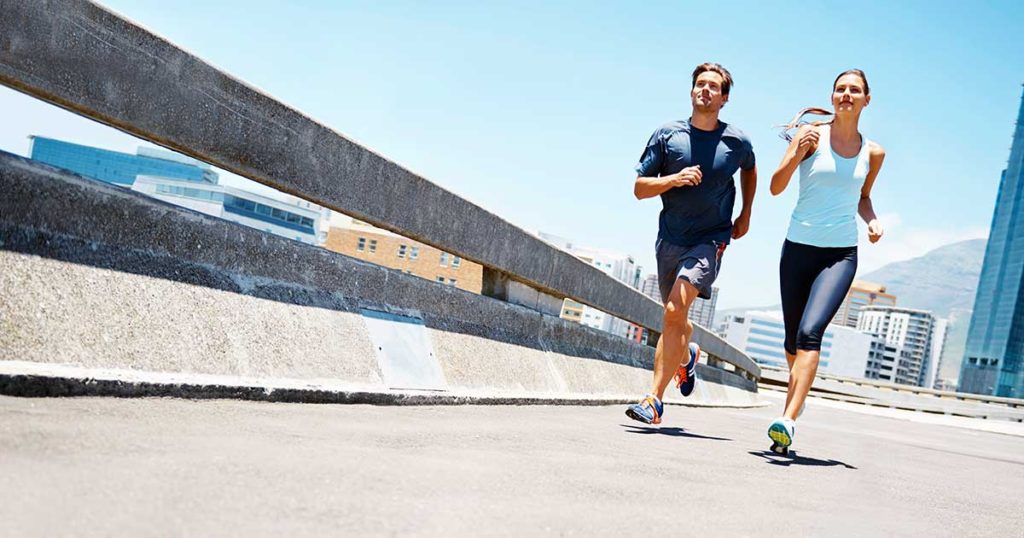 Build Your Running Shape Up Gradually

Someone may have ended 2017 running very well, maybe even won an age-group medal in a 5K or 10K race, or even finished a half or full marathon. But if they took the winter off, or really backed off on training, it’s important to start off slowly on the comeback trail.

“The number one mistake that’s made is feeling like you are the runner you were last year,” Polen said. “If it’s been three, four or five months since you last trained, you need to be respectful of the fact that you haven’t run regularly for several months.

“I wouldn’t say it’s a re-start because your body remembers where you were, but it doesn’t mean your body is already there. The best thing to do is to take some time getting back into it.”

If you stopped running, Polen advises to start back up by walking.

“There’s not much difference between running and fast walking, it’s just a little bit quicker,” Polen said. “By going out and fast walking, you can start to get the body prepared for the running phase without the pounding and risk of injury of running.”

As someone who’s tried to come back too quickly after a hiatus from running several times, I totally understand what Polen is talking about.

Just because you’re feeling really good on a particular day, don’t increase your mileage a lot from recent runs or you may be headed for another extended break — due to an injury.

One size does not fit all, nor does one workout plan.

However, as a general rule Polen advises that people try to run at least three days a week.

“I feel really strongly that with three days a week of good training, you can accomplish a heckuva lot of goals,” Polen said. “With four days of training, there’s a lot of research out there that shows you can reach up to 95 percent of your potential. A lot of people who I train with run six or seven days a week. It just depends on how much time you can commit and what your goals are.”

Even Experienced Runners Should Pace Themselves

No matter how dedicated a runner is, if they live in a cold-weather state it can be tough to stay in top shape during the winter months.

Even elite runners need to be smart about ramping up their spring workouts if their mileage totals slipped during the winter.

“Winter training is brutal, especially in Ohio where we’re at,” Polen said. “One day it’s 65 degrees and sunny and the next day you’re running through four inches of snow and the temperatures are negative with the wind chill.

“Even our most active runners will jump onto a treadmill and look to get indoor miles. I don’t see the more competitive type runners take much time off because they know how much of a challenge it can be to get back into it.”

If a veteran runner has seen their mileage count drop during the winter, Polen said a “re-boot” might be necessary.

“If you’ve been running during the winter, but not a lot, start with very easy running when the weather gets nicer,” he said. “There’s no way to cheat getting back to where you once were.

“The worse thing is that if you jump back in too fast, you wind up getting injured,” Polen continued. “An injury can be frustrating to deal with and keep you out for an extended period. You’re almost better off to just take it easy and get back into it slowly.”

Here are a couple of “starting points” to consider for runners at different levels. Of course, this doesn’t take the place of meeting with a trainer or coach to come up with a plan to meet your specific needs. If you are going to make a significant change to your fitness routine, it’s highly advised to consult a doctor.

* If it’s been several months since you’ve trained, or perhaps you haven’t run for many years, start out walking.

For example, take a 15-minute walk three days a week for a couple weeks in a row. If you feel up to it, walk briskly.

After a few weeks, start implementing short intervals of running. For example, someone may go out and walk for 15 or 20 minutes with a couple intervals of one-minute running mixed in.

In a few more weeks, work eight intervals of one-minute running into the 20-minute workout.

“Before you know it you won’t be walking at all,” Polen said. “It will just be one long run.”

*If someone has been running several miles once or twice a week throughout the winter, whether it’s outside or inside, they can start out running outside right away.

However, don’t increase the mileage too quickly.

“Try not to increase by any more than 10 percent from one week to the next,” Polen said. “If you’ve been running three miles, two times a week through the winter, don’t go out and try to run 20 miles during the first week of nice weather outside.

“Start with your six miles outside. It’s a little bit different running outside than on the treadmill. Then bump it up to seven or eight miles the next week and then work up to 10 miles. Keep increasing it weekly and be smart about it.”

Here are three more quick tips from Polen to help your running, which I’ll report on in more depth in future articles.

Even just going out with one other person for a run can make it more fun.