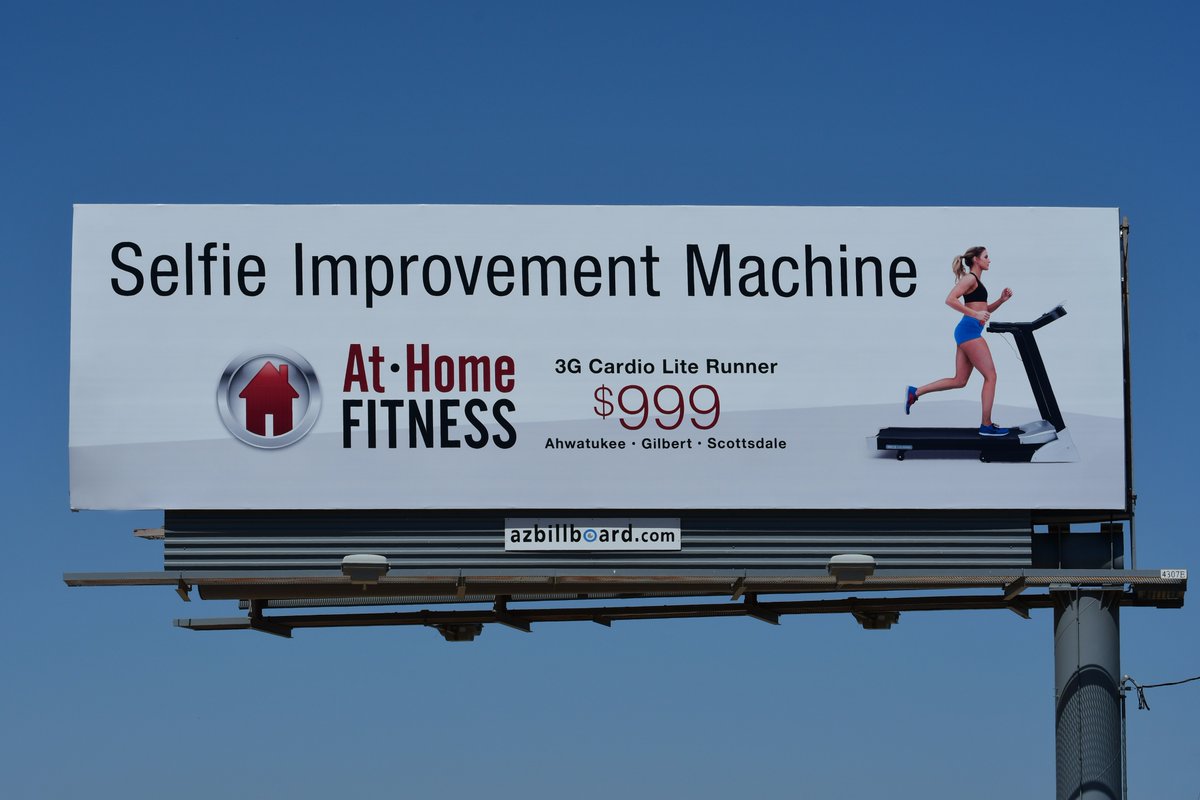 Our ingenious 3G Cardio Lite Runner Treadmill has been nicknamed a ‘Selfie Improvement Machine’ by At Home Fitness, which is our exclusive Arizona retail partner.

We think that’s a great moniker for the 3G Cardio Lite Runner Treadmill, which is smaller than most other treadmills, but still allows you to get a great workout.

It’s been called a “Mighty Mini” and the 3G Cardio Lite Runner Treadmill (MSRP $1,499, sale price $999) is built like a little tank. It’s one of the sturdiest treadmills priced under $1,000 you’ll find anywhere.

Unlike most treadmills priced at $1,000 or under the 3G Cardio Lite Runner has an extremely sturdy frame and belt and powerful motor. It doesn’t stall or lag when you walk or jog on it, which is the case for most other less expensive treadmills.

3G Cardio prides itself on designing treadmills to fit a variety of needs, which are priced competitively by putting functionality over fancy electronic extras. The Lite Runner continues a tradition that has earned the company numerous Best Buy awards and 5-star ratings on amazon.com.