How often should you change your running shoes for a treadmill or outdoors? 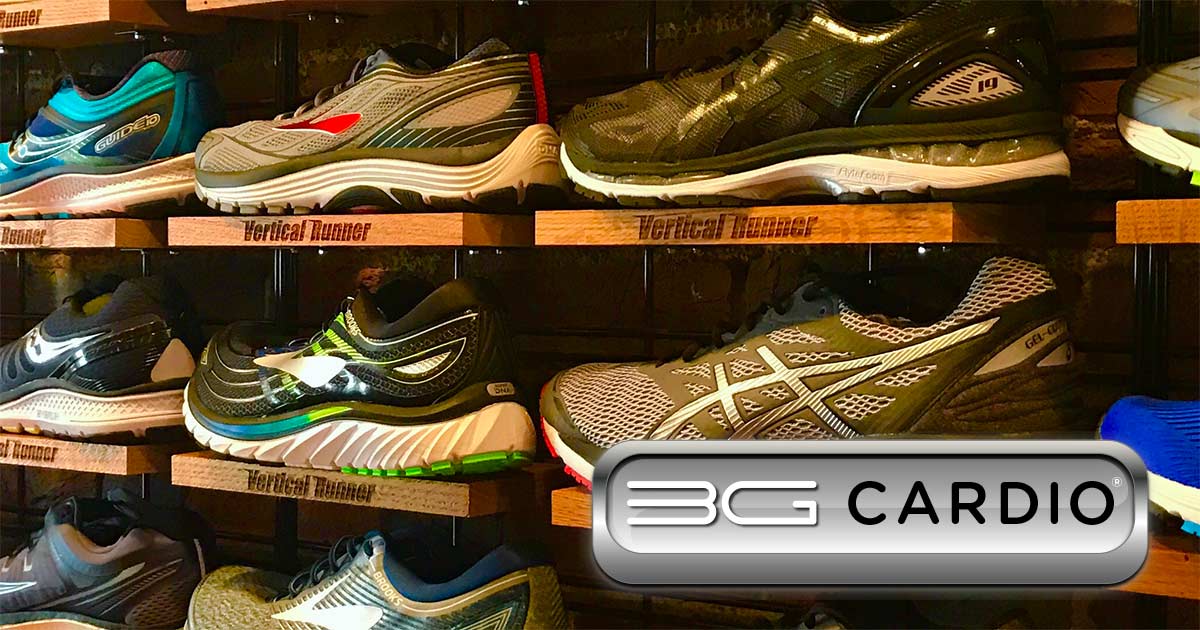 Don’t have a birthday party for your running shoes

Appearances are often deceiving when it comes to running shoes.

By Aaron Dorksen – 3G Cardio Fitness Editor
With the technology and materials that companies have these days, they are able to manufacture running shoes that continue to look good for many years after their inner components have worn down.

Although everyone wears shoes down differently depending on their build, running style and how often they use them, Akron Marathon race director Brian Polen said there’s one rule of thumb, err foot, that applies to most everyone:

“Don’t have a birthday party for your running shoes,” he said.

“Running shoes don’t last forever,” said Polen, who has helped thousands of satisfied customers as co-owner of the Vertical Runner specialty running store in Wooster, Ohio. “You may run only on a treadmill, sidewalk or paved bike trails and those shoes may stay very clean.

“Shoes are made very robust and most of them are not going to blow out. The technology on the soles is getting so good that now they’re not even wearing out. You might look at your shoes and think, ‘Wow, these are in great shape. I don’t really need new ones.’”

That’s often not the case, though.

“There are a lot of components inside a running shoe with the cushion and the support and different pieces that make the shoe perfect for you that do wear out that aren’t really visible,” Polen said.

If you stay in a pair of running shoes for too long, unfortunately one of the first signs that they’ve worn out is getting injured.

“I’m sure most runners have experienced a situation where they have shoes they’ve run hundreds of miles in and really love, but all of a sudden they start hurting after runs,” Polen said. “They might start having trouble with pain in their knees, ankles or hips that they haven’t experienced before and can’t figure out why. There’s a good chance their shoes need to be replaced.”

Polen said that an average runner who trains about three times a week for three or four miles each time should replace their running shoes after one year.

But, of course, not everyone is the same.

TRACK THE MILES ON YOUR SHOES

“Someone who’s a very efficient runner and has an ideal body type can run 1,000 miles on one pair of shoes,” Polen said. “I also know a runner who hits 265 miles and buys a new pair of shoes – there’s no way around it. If they even go up to 280 miles they end up with sore spots and pains.”

Once a person gets an idea what their wear pattern is for a pair of shoes, Polen suggests tracking the mileage that they put on their shoes. There are a lot of cool apps, but one of the easiest ways to track shoe use is to actually write the mileage on the shoe box each time you put them away after a run.

“If your knee or ankle starts hurting you can look and see the data on your shoe box, realize they’re at 400 miles and know you probably need a new pair of shoes,” Polen said.

To get more mileage out of shoes, Polen and many of his fellow runners and customers rotate several pairs at the same time.

“When you get to the half-life of your newer shoes, buy a second pair and rotate them,” Polen said. “You should always have a pair that’s about half-worn and one that’s pretty new. It will allow you to get both to last about 10-15 percent longer. The shoes wear out less quickly because it allows an extra day or two for the materials to go back to normal size and expand back to original cushioning.”

Polen, a veteran of many marathons and even 24-hour endurance races, is at the extreme end of the shoe carousel. He rotates about nine pairs of shoes as he averages running about 400 miles a month.

While it can be expensive to buy one or two pairs of running shoes per year, it’s a small price to pay compared to the alternative: getting injured and paying doctor’s bills.